Situated at the heart of the Coral Triangle, Timor-Leste has some of the most biodiverse waters in the world. With 76% of the world’s coral species, six of the world’s seven marine turtle species, over 1,000 marine megafauna species, more than 3,000 species of reef fish and a diversity of marine mammals, including dugong, whale sharks and manta rays, Timor-Leste was recognized as an Ombai-Wetar Strait Hope Spot in June 2020.

The Timorese are heavily dependent on coastal ecosystems to support their livelihoods, but with 45% living below the national poverty line and as one of the youngest nations in the world, Timor-Leste faces the challenge of promoting economic development without causing irreparable damage to these ecosystems. Nature-based development is one of the most practical solutions to these employment and economic challenges.

Timor-Leste has only one marine protected area (MPA), which forms part of the Nino Konis Santana National Park. However, the use of a customary law, called Tara Bandu, to implement locally managed marine areas (LMMAs) is becoming increasingly popular, and several new protected areas have been established by coastal communities since the 2010s. In September 2018, Timor-Leste became the 27th Signatory to the CMS Dugong MoU.

Seagrass conservation efforts in Timor-Leste have been impeded by substantial knowledge gaps. In 2007, the first broad-scale mapping of nearshore habitats in Timor-Leste took place along the northern coast. The results estimated the overall area of seagrass habitat in the area to be approximately 4,266 ha.

Research by WorldFish in 2020, showed that many women in local communities rely upon the practice of reef gleaning – the collection of intertidal marine resources (e.g., juvenile fishes, crabs, mollusks, and sea urchins) by hand or hand tool – as a source of reliable food in places where shallow reefs, seagrass and mangroves are close to shore. 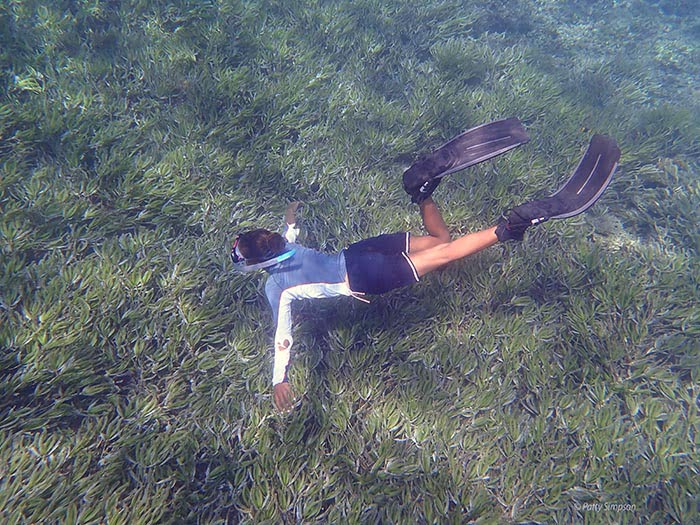 The distribution and abundance of dugongs in Timor-Leste is largely unknown. A 2008 marine megafauna survey and anecdotal sightings report the presence of dugongs off Atauro Island, along the north coast and west of the capital city, Dili. The most frequent sightings are of Doug, the resident dugong, who was reported to be accompanied by a calf in 2017. The southern coast of Timor-Leste is a remote and understudied area, which complicates our understanding of dugong distribution in Timor-Leste.

Dugong hunting is not a common practice in Timor-Leste but incidentally trapped or stranded individuals are at times killed and consumed. The use of nets in nearshore waters by coastal fishers is increasing, which poses a growing threat to the species.

Dugong hunting is not a common practice in Timor-Leste

Dugongs are protected under the Marine Protected Species Act, and reference to their endangered status is made in the National Biodiversity Strategy and Action Plan (NBSAP) 2011-2020. The NBSAP describes the importance of seagrass ecosystems not only as the primary habitat for dugongs and many fish and shellfish species, but also as a protective barrier for coral reefs against sedimentation.

The NBSAP is Timor-Leste’s guiding framework to conserve its biodiversity and is closely linked to the National Strategic Development Plan (SDP) of Timor-Leste (2011-2030). It is also consistent with other sectoral policy frameworks, such as the National Adaptation Programme of Action on Climate Change (December 2010) and the National Action Programme to Combat Land Degradation.

The NBSAP also serves as a guiding policy framework for district and sub-district authorities, civil society and the private sector in their approaches to biodiversity conservation and ecosystems management.

In May 2019, Timor-Leste passed a Biodiversity Decree Law that specifically targets biodiversity conservation concerns, such as the protection of habitats and ecosystems, threat and management of invasive alien species, trade of species, and penalties. In recognition of the significant importance of dugongs to the country, Timor-Leste became the 27th Signatory to the CMS Dugong MoU on 10 September 2018, confirming its support towards the protection of dugongs and their vital seagrass habitats. 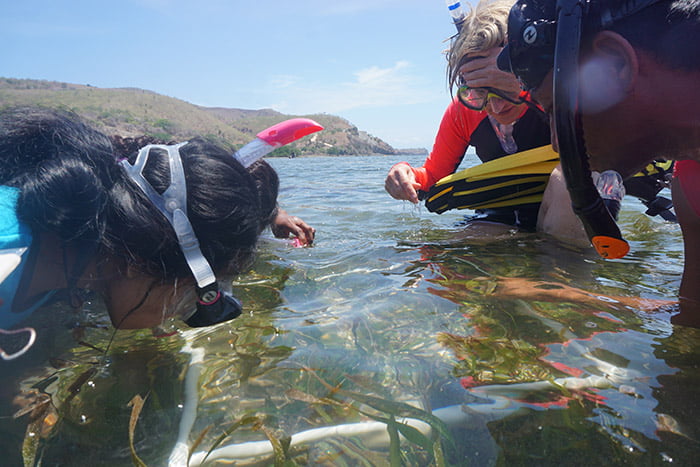 Slezak. M. (2016). Atauro Island: scientists discover the most biodiverse waters in the world. The Guardian. Aug 17. 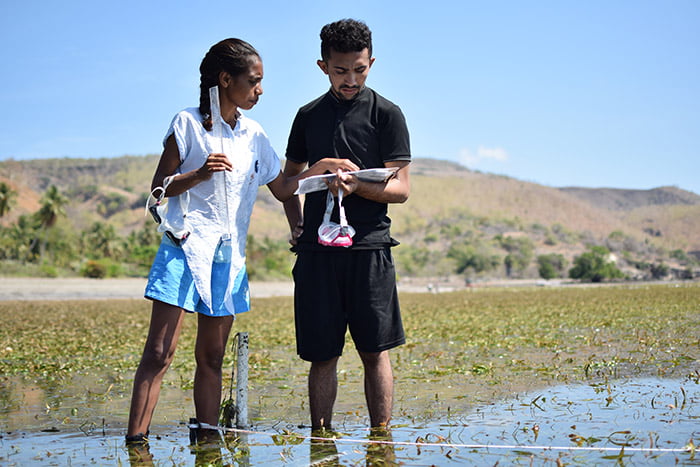