Malaysia has more than 4,600 km of coastline, borders five major large bodies of water – the Straits of Malacca, Andaman Sea, South China Sea, Sulu Sea and Sulawesi Sea – and has more sea area than land territory under its control. It is classified as a megadiverse country, and its biodiversity is ranked 12th in the world in the National Biodiversity Index.

As part of the Coral Triangle, Malaysia’s seas contain some of the richest coral reefs in the world, as well as seagrass beds, mangrove forests and are home to various endangered marine species such as turtles, dugongs, whale sharks and humphead wrasse.

With so much sea area, marine conservation and sustainable management of marine resources are hugely important to community livelihoods, but overfishing and habitat destruction are posing an increasing threat to the health of these important ecosystems. 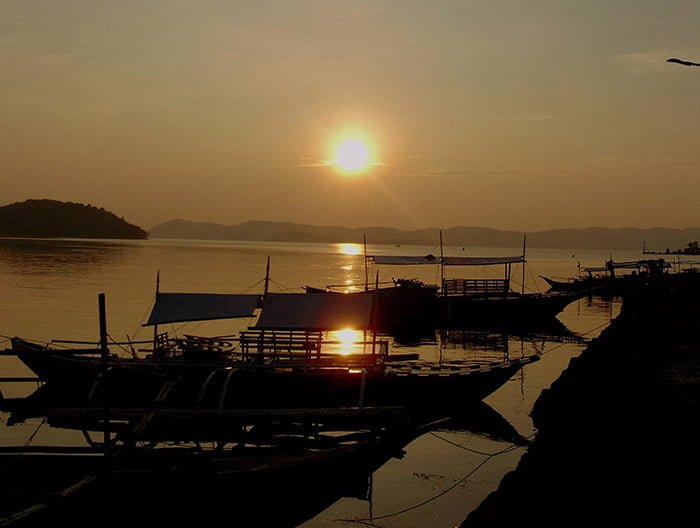 With 16 recorded species of seagrass, Malaysia ranks third in the world for seagrass diversity. The  most diverse and highly developed seagrass communities are found in Sabah, Sarawak, and the southern and eastern portions of Peninsular Malaysia. There is, however, a need for an updated comprehensive survey of seagrass resources, as most recent studies assessing the importance of national ecosystems to local communities overlook seagrasses.

Malaysia ranks third in the world for seagrass diversity.

The dugong is listed as an endangered marine species in Malaysia, with the bulk of the Malaysian dugong population occurring around Sibu and Tinggi islands, in the southern state of Johor, and in Sabah, where they are recorded around Mantanani, Bangi and Mengalum Islands. Aerial surveys have also observed dugongs in the waters of Brunei Bay, Lawas, confirming the existence of a viable dugong population in the area.

Scientists have been tracking a decline in the population of dugongs, with experts now estimating fewer than 100 dugongs remaining off the coast of Johor. This decline is attributed to habitat degradation and fishing related fatalities, such as net entanglements and boat strikes. 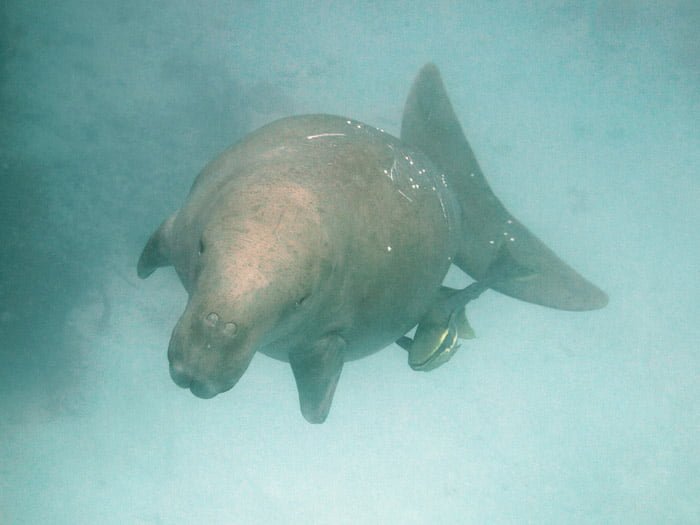 The word ‘Dugong’ originates from the Malay word duyung, which means ‘lady of the sea’.

Although dugong hunting was a once-common practice in Malaysia, it is thought to have ended in the 1980s. Recent surveys, however, have found that they are still hunted opportunistically.

Traditionally, dugong meat was considered a delicacy served at feasts and weddings, particularly in Sabah. Dugong products, containing their tusks and bones, were believed to treat a variety of ailments such as asthma, back pains and shock. Dugong tusks were also fashioned into smoking pipes with the claim that they possessed medicinal and therapeutic values.

In Malaysia, seagrass and the ecosystem services it supports are in a critical state of decline and face a variety of common threats.

Natural threats particular to Malaysia include the strong currents and waves along the east coast of Peninsular Malaysia during the northeast monsoon, which threaten seagrass meadows in semi-enclosed lagoons by either exposing or burying the plants with silt and sand. The same seagrass meadows are also impacted by changes in ocean salinity due to droughts and monsoons. Recovery from a single extreme monsoon event can take years.

An example of human threat includes coastal development and land reclamation in Merambong Sound, in Johor, where the largest single tract of seagrass meadow in Malaysia has reduced from 26.3 ha to 21.1 ha. In 2003, similar land reclamation activities destroyed a significant seagrass meadow in Tanjung Adang Darat, Johor. In Sabah, deforestation associated with monoculture plantations has resulted in extensive decline and loss of seagrass from reduced water clarity and sedimentation.

In Sabah, deforestation for palm oil plantations has resulted in extensive loss of seagrass due to reduced water clarity and sedimentation.

Dugongs are protected from trade and hunting in Malaysia under the Fisheries Act of 1985; Fisheries Regulations 1999; Wildlife Protection Ordinance 1998 (Sarawak); and Wildlife Conservation Enactment 1997 (Sabah). In 2011, Malaysia prepared a National Plan of Action for Conservation and Management of Dugong, which is currently being updated (2020).

Despite these laws, the critical habitats of dugong, including seagrass meadows, remain largely unprotected, except for areas opportunistically included within designated marine parks. The International Union for the Conservation of Nature (IUCN) recently designated several sea areas around Malaysia as I), highlighting critical habitats that should be earmarked and managed for conservation. These areas include the Mersing Archipelago IMMA, which was declared thanks to the importance of the site for dugongs around the Sibu-Tinggi Islands.

A proposal for a Dugong Sanctuary in Johor, encompassing approximately 150,000 ha, is pending a decision by the Malaysian government. If successful, this would be the first of its kind in Malaysia.

The critical habitats of dugong, including seagrass beds, remain largely unprotected, except for areas within marine parks. 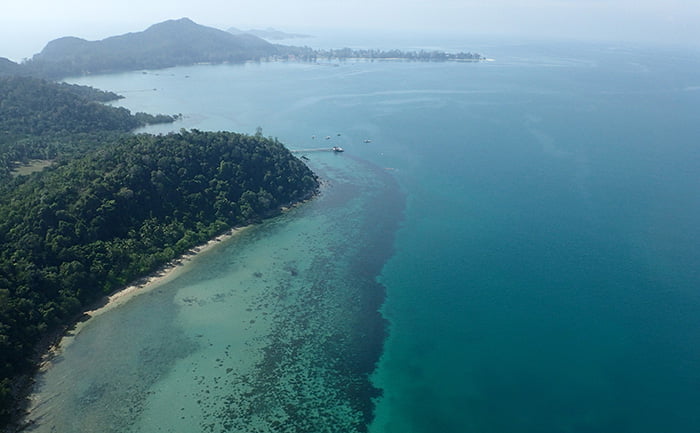