The Duyong Dilemma: A first-hand account of MareCet’s efforts to protect this endangered species.

Since 2014, MareCet has been studying the dugong population of Sibu-Tinggi Archipelago but despite our best efforts, we had never seen a dugong underwater, only ever from above the surface. Until one day in 2018, when an underwater team heard a sharp, bird-like chirping sound resonating through the turbid water column. Initially we thought the sound must be the birds flying overhead but as the minutes ticked by, the sound became closer and louder until, all of a sudden and in the bat of an eyelid, a dark shadow appeared and swam past us. In utter awe and amazement, we realized that a dugong calf had just swum past us.

What a bittersweet moment! To experience the elation that accompanies the rare, once in a lifetime privilege of seeing a wild dugong (and a calf no less) underwater, whilst simultaneously stomaching the sickening realization that the calf was lost and frantically seeking its mother. Our hearts rejoiced and broke all at the same time.

The calf circled our team two more times, likely wondering if our foreign shapes might be its mother, before disappearing. Amidst the turbidity, we saw another dark shadow, which we hope was the mother dugong.

This entire encounter lasted less than two minutes but the memory of it will remain with us forever. Witnessing the distress of a lost dugong calf really drove home the message that we need to protect this charismatic yet fragile species and their habitat. A dugong calf cannot survive without its mother, and mature dugongs cannot survive without a safe habitat and healthy seagrass to eat.

Against all the odds, dugongs have persisted on this planet for thousands of years and survived as a species. That some dugongs still call the waters off Johor their home is something we must be awed by and thankful for, but with this reverence lies the responsibility to ensure their survival in an environment increasingly pressured and threatened by human activity.

“Dugongs, rare and elusive as they are, are part of our natural heritage and an important part of the seagrass ecosystem. While they are highly endangered and delicate, they are also highly resilient, having survived centuries of existence amidst ancient cultures of hunting, climate change and modern-day pressures. To allow them to go extinct now would be a great shame on us as humanity, thus we must work harder and smarter together to find innovative ways to protect them. To fail would be a burden too much to bear.” 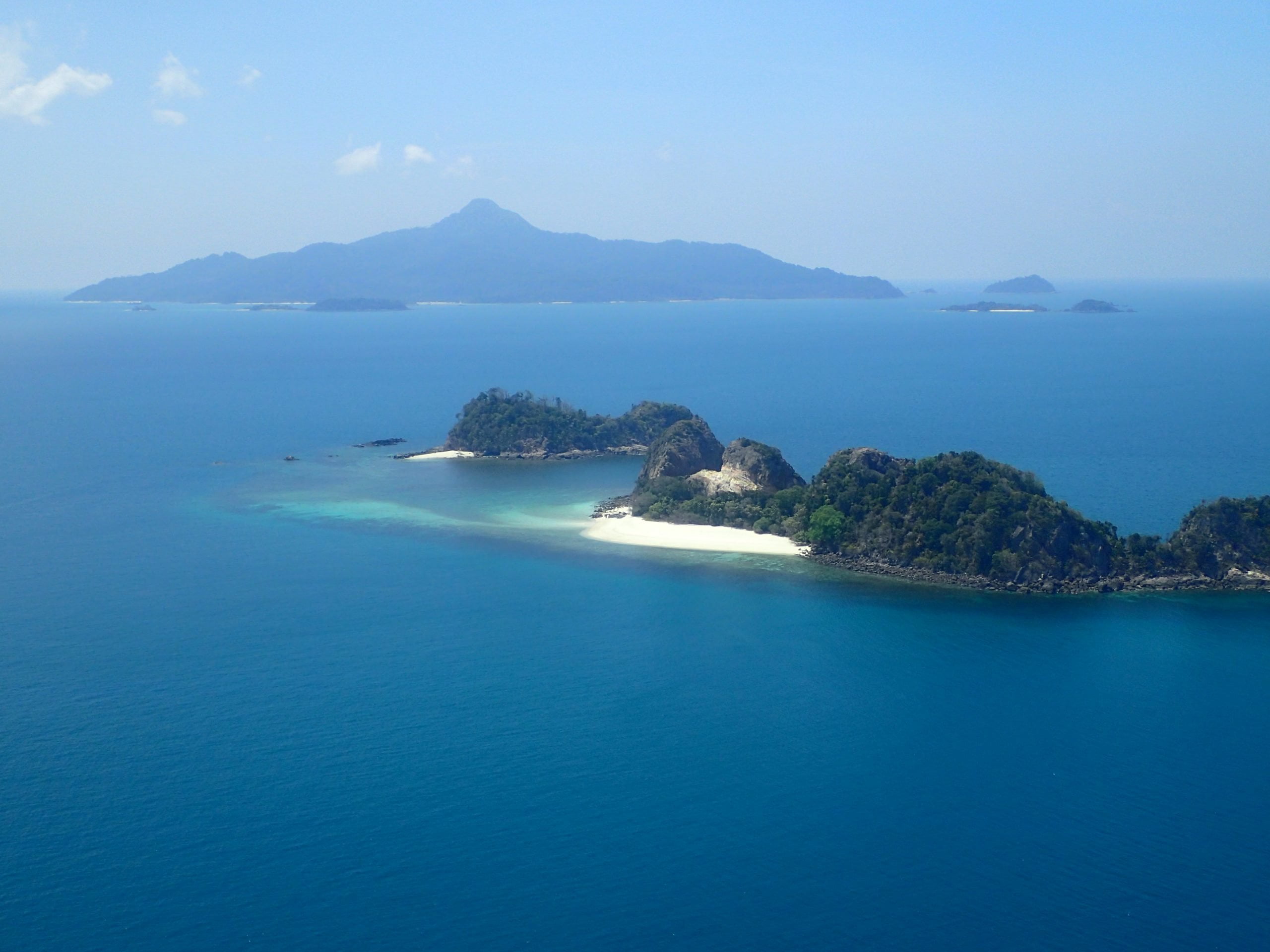 Under the GEF Dugong & Seagrass Conservation Project (2015-2019), MareCet researched the status of dugong population around the Seribuat Archipelago, using the data to draw the government’s attention to how urgently the area needs improved seagrass and dugong conservation.

These findings led to the idea of establishing the Johor Dugong Sanctuary, a marine protected area established with the primary goal of conserving the local dugong population and their seagrass habitat.

Designed holistically in consultation with a wide variety of stakeholders, including relevant government agencies at the Federal, State and Municipal levels, business owners, local island community members and fishing communities, the Sanctuary will also seek conserve the area’s natural, recreational and cultural heritage, whilst balancing the local communities’ economic requirements.

There are fewer than 100 dugongs left in the the Seribuat Archipelago where Malaysia’s largest dugong population and seagrass meadows are found.

A monitoring and evaluation component is built into the Sanctuary’s management plan which allows for periodic reviews and adjustments to the spatial extent, zoning, management policies, and management structure of the Sanctuary. This will ensure that interventions remain relevant to the needs and requirements of the dugong population in the area as well as the local communities who live in and depend on the area for socio-cultural and economic activities.

The proposal to establish a Johor Dugong Sanctuary and formally designate it as a marine protected area, is currently under evaluation by the Government of Malaysia and a Management Plan with multi-stakeholder input has been drafted to progress the establishment of the sanctuary in Johor within the next few years.

Thanks to MareCet’s nomination, in 2019 the waters around the Seribuat Archipelago were recognized by the IUCN as an Important Marine Mammal Area (IMMA) and named the Mersing Archipelago IMMA, a very important habitat for dugongs. This recognition is a huge boost for conservation efforts in the area and will hopefully add momentum to the finalizing the Johor Dugong Sanctuary.

The Sanctuary will become a destination where local community livelihoods and ecotourism exist hand in hand with species and ecosystem conservation, and that public participation in local dugong conservation will increase.

Expectations are that once the Sanctuary is established the conservation of seagrass habitats, and areas identified as hotspots for dugong aggregations, will be significantly enhanced throughout Malaysia. There has been an increase in the general public’s interest and visitors to the islands are increasingly more aware of the existence of dugongs and seagrass meadows in the area. Local communities are also increasingly aware interested in participating in the management of the area, with dugong stranding cases being reported immediately, rather than ignored as they have been in the past.

The initiative has also inspired the local communities to think about alternative income opportunities. One local resident has established a dive centre on Tinggi Island, with the intention of promoting the biodiversity and unique experience of diving in seagrass meadows and on Sibu Island, women have volunteered to learn sewing skills and are engaged by MareCet to produce fair trade dugong themed fabric merchandise.

Throughout this process, MareCet has learned the importance continually communicating local stakeholders sharing information in a clear, concise and transparent manner. Communities understand that things will not change overnight, but appreciate the fact that challenges are communicated openly and that they are kept informed about other processes, dialogues, and engagements taking place elsewhere. This transparency has helped to foster a sense of ownership amongst the local communities.

Expectations are that once the Sanctuary is established the conservation of seagrass habitats, and areas identified as hotspots for dugong aggregations, will be significantly enhanced throughout Malaysia.